Our story begins a long time ago: we are in 1920 and the Spigaroli family, originally from Polesine, owned a ferry and carried passengers and merchandise from one side of the river to the other. Since crossing the Po by ferry took a considerable time, on either side of the river makeshift shelters were built, made of wood and sheet metal, to provide protection for travellers awaiting the ferry. 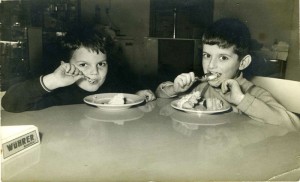 Around them were planted poplars and mulberry bushes whose shade in the summer kept the passengers cool. They were an immediate success, and people arrived not just to cross the river (Polesine was the only crossing point for Cremona) but also to meet up in the two hostelry shacks that came to be called “Lido”.

They began to fry eels, carp, tench, ambolina, to slice good culatello, salami, and to produce the first ice cream in the area. A dance floor was then constructed in cement where peasant orchestras came in the summer to enliven the evenings.

Before long the fame of the “Lido” reached the nearby cities, and during the summer they came by steam tram from Parma, by bicycle from Fidenza, others by gig… it was a success. Then came the 1940/45 war and the hostelry shacks were taken over by the Germans to keep a watch on the river.

The men of the Spigaroli family were at the front, the ferry was sunk and it seemed as if all was now lost. But a tenacious determination (a recognised trait of this entrepreneurial family) motivated them not to give in, and they restored the old “Lido” on the Parma side and started again from scratch.

At last everything seemed to be going well for these hardworking people when in the Autumn of 1951 a terrifying flooding of the Po destroyed everything. In the Spring of 1952 the “Lido” was rebuilt yet again, still out of wood and sheet metal, but with a kitchen on the side where on Sundays they cooked tortelli d’erbette (a great speciality of Parmesan cuisine), fish from the Po, home baked cakes and ice cream.

And from then onwards, as well as from Parma, the tourists came in increasing numbers from the nearby cities, attracted by the good cooking of the Spigaroli and by the closeness of places associated with Verdi. 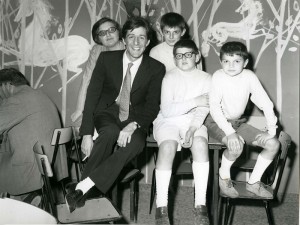 In the meantime three sons were born (Pierluigi, Massimo and Luciano); now we are in 1960 and papà, Marcello, and mamma, Enrica and Aunt Emilia, an excellent cook, decided to lay down a brick foundation to set up a proper trattoria with lodgings. As yet it didn’t have a name; but the painter Walter Madoi, a native of Pieve Ottoville and a friend of the family, saw to that by painting murals in the bar and the restaurant of white horses galloping through poplars along the Po and so it was named “Al Cavallino Bianco”.

The premises of 1961, the date of its official opening, were enlarged and refurbished several times. Who ran it? With the loving encouragement of their mother Enrica, it was the two brothers, Massimo and Luciano, who took on the various duties: Massimo cared for the salumi and the kitchen, and Luciano looked after the restaurant service and the cellars. 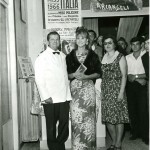 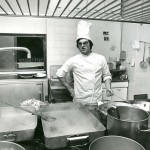 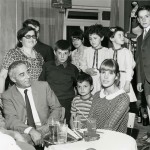 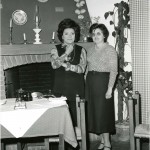 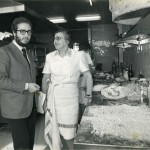 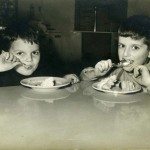 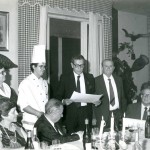 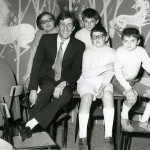 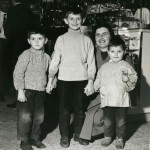