Without question, there are four generations of us doggedly carrying forward all the things that make up the tradition of our land and you know, it is not easy in a world that often looks only to the future throwing away all that wisdom, often unwritten, that for millennia has been the basis of life for our people.

Aware of this risk, we have therefore always continued to make salami and culatello and to rear animals, to produce and preserve vegetables, flowers, fruit and wines, while respecting local traditions.

After years of inertia, even our gastronomic tradition, that is increasingly influenced by the influx of new products, new communities of foreigners and a new third millennium style of life, is now changing.

For 10 years now we have been creating in our Cavallino Bianco restaurant a room decorated in the style of a trattoria that is reminiscent of our grandparents and then our parents, both in its furnishings and in the style of service.

It is “IL TIPICO DI CASA SPIGAROLI” where local cuisine is prepared with a look back to the past, cooking in the old style, not changing, lightening or transforming the old recipes, but offering them as they have been handed down to us through the centuries.

And so the fish are still fried in lard, the beef stew is still cooked the way our Aunt Emilia cooked it for Giovannino Guareschi, the polenta flour still comes from Riboldino and the chilled desserts are still made using the recipe used in Verdi’s house!!

IN THE TIPICO DI CASA SPIGAROLI WE CAN REALLY SAY THAT TIME STANDS STILL!! 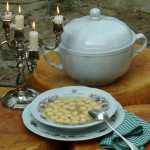 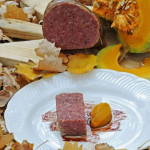 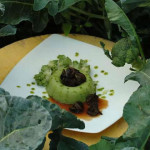 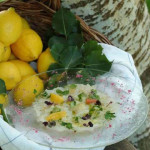 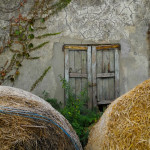 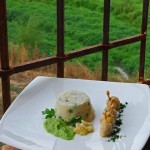 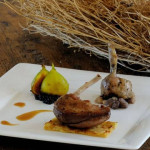 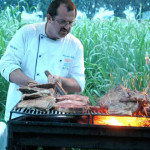 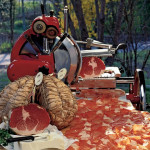 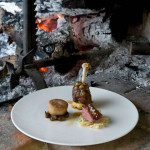 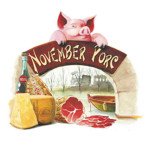